My husband has Cystic Fibrosis (CF), a genetic disease that mostly affects the respiratory and digestive systems. It affects about 30,000 people in the United States, which makes it a bit of a rarity.

We live roughly 30 miles from the closest Cystic Fibrosis clinic, which is normally not a problem because my husband’s CF is mild for a 42 year old and we don’t have very many actual emergencies.

Which brings us to Friday night, or more properly Saturday morning at 12:30am, when after two days of intense gut pain we went to the emergency room (ER) of the local hospital. 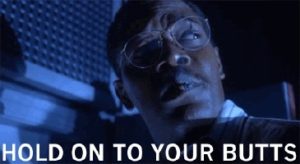 The only time the local hospital sees someone with CF is when one of the handful of patients who live in my area can’t make it down to Philly for whatever reason — such as a 12:30 am gut emergency. The people at this hospital know about CF the same way they know about a dozen other conditions they read about in med school. They know the disease exists, but they are not in any sense of the words experts.

When my husband said “I have cystic fibrosis and I think I have an intestinal blockage” the ER doctor was skeptical. Intestinal blockages are rare. They usually occur in people who’ve had some kind of abdominal or intestinal surgery in the past, or someone who’s had a hernia. They do not occur in normal-looking 42-year-old males who fit none of that criteria. But it was a puzzle, because even though my husband didn’t have the  conditions that would cause a blockage, he also did have many of the symptoms of a blockage.

Because it takes about four hours to run a cat scan with contrast to check a digestive system, it was about 5:00 am before the doctor returned.

“Well, your blood work was all normal, but the cat scan shows you do have a blockage”, he explained. “So you’ll need to have the fluids pumped out of your stomach and then if it dosn’t clear you’ll probably need surgery. I assume you want to do that down in Philly” — we nodded —“so I’ll go call transfer.” 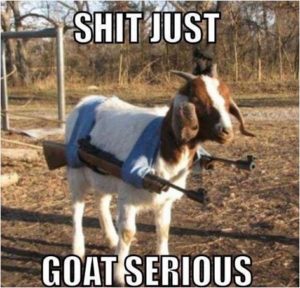 “Before you do that,” we asked, “could you call the on-call specialist at the clinic? Because while intestinal blockages are rare in general, they’re actually pretty common in cystic fibrosis and we just want to make sure we’re all on the same page before the transfer.”

To understand how audacious a request we were making, you have to understand that an ER doctor, especially a senior one like we had, is God. He makes life or death decisions based on his own knowledge and training literally all day every day. He has people he can consult with and protocols to follow, but he counts on his own expertise. He is being paid to be the expert on every condition that walks into his hospital.

To question a doctor’s decisions or suggest they get a second opinion is to question their knowledge, expertise, and reputation, which can make them a bit defensive.  And frankly, most patients don’t know jack-all about how our bodies work or what’s going on, especially in an emergency situation, so a doctor’s low opinion of patient suggestions or feedback is generally well-earned.

The last time we were in this ER I had to call the CF clinic and have them call the local hospital before the ER doc would deign to speak to them. And here we were, again, requesting a second opinion from a bigger hospital in the city when everybody in the ER knows how to treat an intestinal blockage. 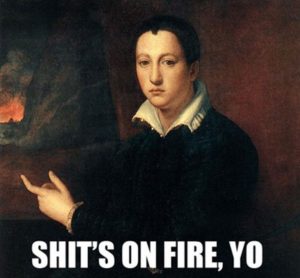 A few minutes later he walked back into the room and said, “Wow,  you’re really smart.”

He continued, “Turns out this blockage is called DIOS, and it is common in adults with cystic fibrosis, and we treat it the exact opposite way that we’d treat anyone else’s blockage. We’re setting up a bunch of IVs and fluids for you and you’re staying here.”

So the reason why I’m writing this post from a hospital is because an intestinal blockage doesn’t take 10 minutes to clear.

But the reason I’m writing this post is because today’s events have been a stark reminder that, as our web design and development careers progress, more and more often we are called on to be ER docs. 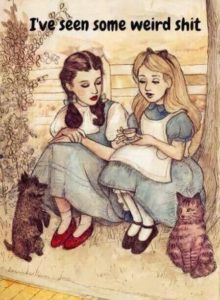 It’s not enough to be the ER doc of web design.

We have to be the compassionate ER doc of web design. We have to put our egos behind our attention.

When our users tell us what they know and what they experience, we must assume that they’re giving us their truth. We can’t assume that our users are wrong, or stupid, or making bad decisions. If a user is doing something “the wrong way”, we have to ask why, and really listen. The user may have developed this as a workaround to plug the holes in our expert decisions. We may have missed something in the research phase (if we had a research phase). Sometimes a user’s odd experience means we missed a valid and important use case. 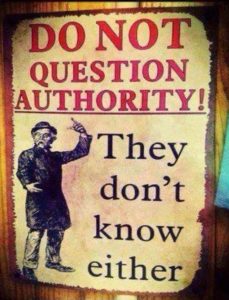 No matter how long we’ve been designers, we have not, in fact, seen all the weird shit the world has to offer. We have to keep an eye out for the oddities because those cases are both meaningful for the users and meaningful for the product.

We can’t automatically discount edge cases and odd user experiences because they’re rare. Cystic fibrosis only affects one in ten thousand Americans, but many of them know each other, through networks or hospital interactions. They’re a community. When we’re observers, we need to recognize that what we may see only once or twice in a career might be someone else’s every day lived experience and their culture.

Improving a product for small sub-population of users  may not affect every user, but it may affect the thousands in that population, and to those thousands, that’s meaningful change.

Web design doesn’t always mean the difference between life and death, (and sometimes they do). Regardless, our decisions have lasting meaningful impact. We need to design like our users know what they’re talking about, and like our decisions will have a lasting impact on their success. To accomplish that, we must function as both experts and learners, and we’ll be better designers as a result.

It turns out the people we’re serving are really smart.