“For some reason, the parts I play, like Boromir or Ned Stark, have a life online long afterwards. I keep seeing, what do you call them – memes? […] They’ll probably be my unintended legacy.” — Sean Bean I recently completed the biggest project of my career. As you might expect from something that significant, it had a number of wacky delays. Especially at the onset, these were from issues outside of my control.

So I often found myself talking about what cool things we’d be able to do after “The Drupaling”, without being able to say when that would even be.

Last spring one of my colleagues confided to me that she started thinking about it like “Winter is coming” in Game of Thrones. (“I don’t know anything about Game of Thrones, either,” she admitted.)

Not quite the Boy Who Cried Wolf, but somewhere in that neighborhood. Something important is going to happen. Eventually. And nobody has any idea what it means for them.

Her confession could have been demoralizing — and there was certainly enough to be depressed and frustrated about in the process. But at the same time, I felt strong in my conviction: the change was absolutely coming, and it was absolutely going to change everything. So instead I owned it.

So when we launched, this is what I sent her: 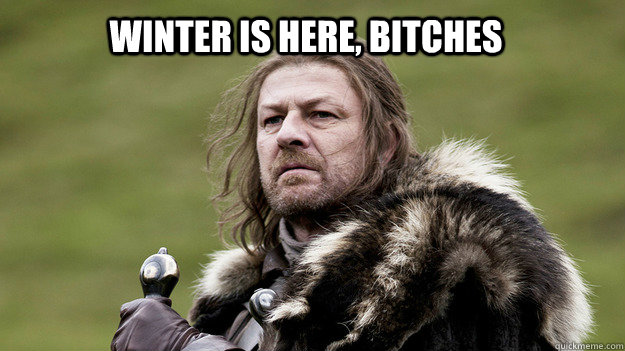 Elaine Nelson was directionless with an English degree in the late 90s and then: GODDAMN INTERNET. In her current gig, she wrangles content and content management systems, but her last job was Webmaster, so she's dabbled in all sorts of web work. She's an editor at The Interconnected, previously published in The Pastry Box, and once had a poem published in an anthology of GenX writing, when that was the big new thing. View all posts by Elaine Nelson